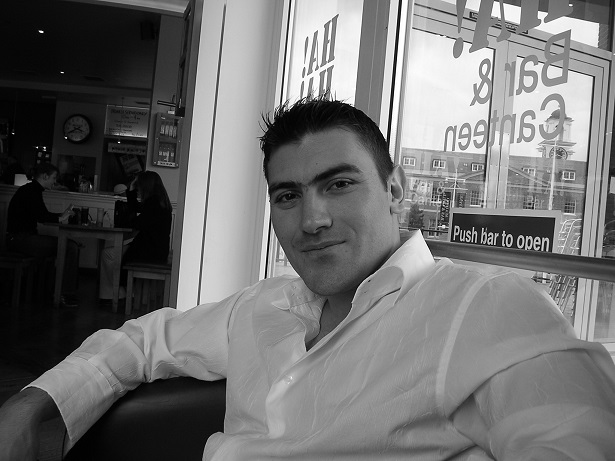 I actually wrote what you’re going to read below down in a piece of paper when I was close to being broke and times were a bit dark for me.

It was supposed to be a kick in the b..t, a wake up call if you like, that changed the way I was seeing things business wise…

The language is a bit strong but it did the work :-)…while it may or may not apply to your personal situation, I still think you should give it a read.

…If you’re looking back on the past year and you’re NOT happy with where you are now, IT WILL NEVER GET BETTER.

Not if you keep doing the same stuff that’s gotten you the results you’re not happy with.

So if this is you then let me do you the same favour I did to myself some time ago.[/text_block]

Let me Shoot You Straight

[text_block style=”style_1.png” align=”left”]Look, you gotta change what you’re doing. It’s not working.
If it was, you’d be thrilled with your progress and most likely you wouldn’t be reading this.

But if you’re not, then it’s time to change.

Here’s how to do it:

1. Get absolutely focused on what you really want & WHY.

Do this by TURNING OFF THE DAMN COMPUTER and just writing down the answer to this question:

“What do I REALLY want?”

Sc**w what the emails tell you you SHOULD want or anyone else WANTS you to want for that matter.

This is about YOU.

What do you really want?

Great. If that’s your thing, go for it.

Wanna run off and play guitar in coffee shops across South America?
Good.

You only live once. Be happy.

Play “Freebird” at least once.

For me. Thank you.

Whatever you do, get clear. Otherwise you’re ripe for falling into someone else’s agenda.

2. Dump The Crap Out Of Your Brain.

You do this by writing down a huge list of EVERYTHING you THINK gotta do to in order to do what you REALLY want.

Just doing that will kind of “clear it from your brain” and free up space in your “mental computer’s” RAM.

You know that big list you just made that’s probably freaking you out?

Go through it and put star by all the stuff you can actually do.

4. Decide what you can do NOW.

Now. You know all the stuff with stars by it?

The stuff you can actually DO?

Go through all of it and find the stuff you can do in the next 30 days.

Put two stars by those items.

All the other stuff can be dealt with later.

Now – let me address critics in the audience who want to debate whether or not that’s a good strategy.

“Isn’t that other stuff important?”

The answer to both questions is …PROBABLY!

But here’s the deal.

You can’t do anything about it right now, and if you worry about it then you’re just taking away focus and energy from the stuff you CAN do.

And that’s not going to get you anywhere.

Also – actually DO the “immediately doable” things for the next 30 days, my experience tells me that your momentum will be so great you’ll actually be able to easily do a lot of the things from your list you originally thought  were impossible for you.

You’ll also have new clarity and will probably find that much of the other stuff on the list isn’t even needed.

If you get all caught up on the little details, you’ll be in the same place a year from now.

You wanna know something?

This is NOT gonna be easy.

But you gotta go for it and feel that you’ve given it your best shot.

I’ll leave you with a quote from the wise men of Kool And The Gang:
“GET DOWN ON IT (If you really want it).”

You can do it. I believe in you.

Kostas “On a bit of a Rant” Papadakis[/text_block]